The beauty of Lingnan is embodied in those ancient buildings across this land. However, visitors may often forget where those bricks and tiles, the main materials of those buildings, come from.

Ancient Lingnan buildings stem from the bricks and tiles that come from the earth. Various kinds of clay, through the molding, furnace quenching and other complicated processes conducted by craftsmen, become the basic “molecules” that consist buildings and halls in Lingnan.

There are two successors dedicated to the research on brick and tile firing technique for decades in Sihui, Guangdong. They are Zhong Weilu, one of the second batch of “Traditional Architectural Artisans of Guangdong”, and his junior fellow apprentice, Lu Guohui. In their minds, brick and tile firing is not only an expertise for livelihood but also a living history and a steadfast ingenuity. 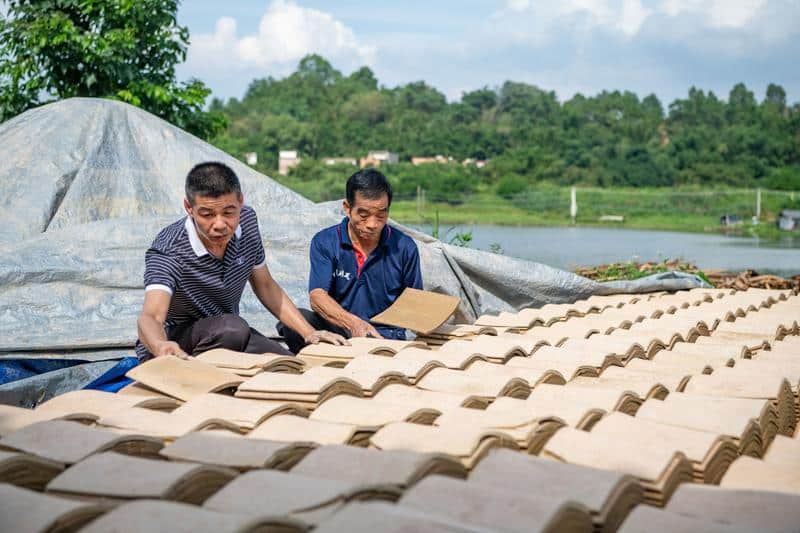 Over 400 years ago, diligent and modest craftsmen created a legend of ancient bricks and tiles by virtue of kiln fire along the Longjiang River of Sihui in Guangdong Province. “The kilns here have a history of more than 400 years.” 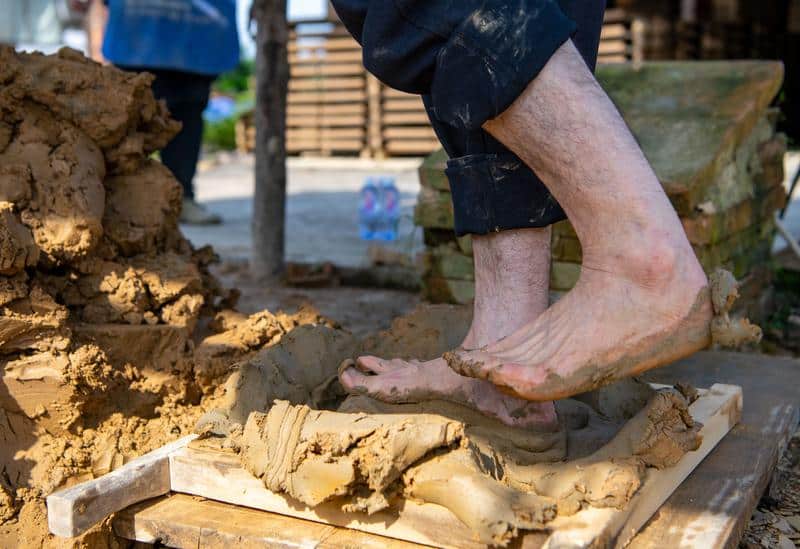 In 1996, Zhong Weilin formally took over the plant and acted as the production director to inherit and carry forward this century-old craft. During those days, the brick and tile market went to the dogs and there were only 60 or 70 workers left in the plant. As a result, Mr. Zhong changed the original production mode into semi-mechanized and semi-manual mode. In 2006, the traditional brick and tile kilns were re-designed into micro-smoke to smoke-free kilns. 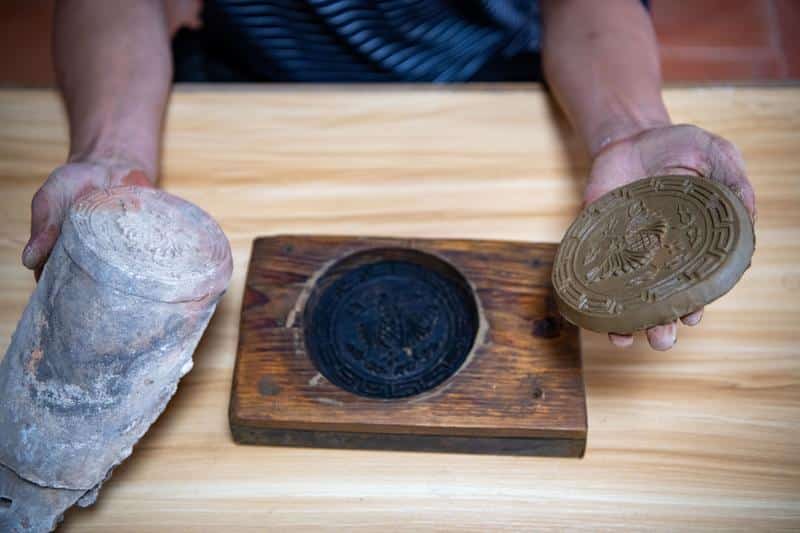 According to Zhong Weiluo, “The kiln goes first, which is followed by clay and master, in terms of brick and tile firing.” The kaoline clay bricks and tiles plant in Sihui possesses the 100 years of production experience and natural kaoline clay advantage. Then, those experienced masters have become “the most valuable resource in this plant”.

At present, the bricks and tiles plant has a production site covering about 4,000 m2. There are 3 masters engaging in brick and tile firing for over 20 years and 8 technicians engaging in traditional brick and tile firing techniques for over 10 years in the plant. This plant is currently the only workshop in the Pearl River Delta that is able to produce all types of red bricks, gray bricks, floor tiles, clay tiles, cemented encaustic tiles, hand-made eaves tiles, and special-shaped bricks and tiles. According to Zhong Weilin, “Now in this factory, my junior fellow apprentice Lu Guohui and I are old-timers qualified for the whole process of brick and tile firing .”

Despite his ineloquence, Lu Guowei is a good brick and tile maker. Zhong Weilin said, “My junior fellow apprentice can tell what kind of bricks and tiles to be fired out of the clay by rubbing it in his hand.” Traditional brick and tile firing was previously based on experience and there was no exact parameters in each process. At present, we are formulating the documents on brick and tile firing processes as heritage materials. Mr. Zhong and his team have fired various types of bricks, tiles, floor tiles, eaves tiles and other products for over 30 years, which have been widely applied into traditional Lingnan buildings. The bricks and tiles fired here have decorated Lingnan buildings worldwide.

In order to inherit and carry forward the skills for brick and tile firing, Zhong Weilin has opened studio, given lectures on campus and organized university students for on-site studies. “There has never been shortage of “Lu Ban Characters” because that artisan spirit are flowing in our blood.” Mr. Zhong has been calling on more artisan masters to impart their skills and inherit and carry forward this culture, while incorporating traditional Lingnan architecture into our classrooms and daily lives. Additionally, he has been advocating the backup artisans to fully integrate their skills with modern technology, so as to further inherit and carry forward the artistry concerning traditional Lingnan architecture. 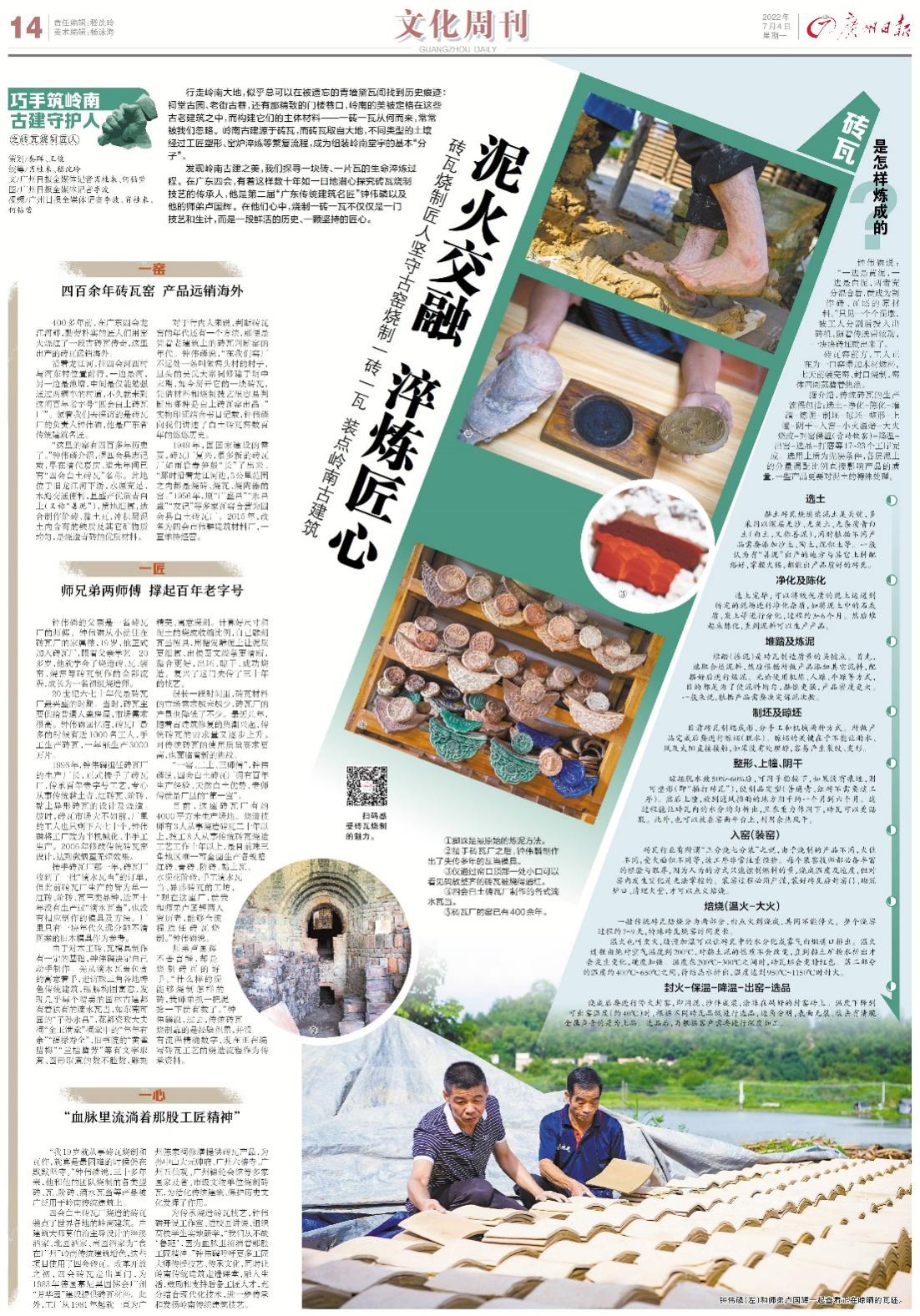